What is your Ikigai? 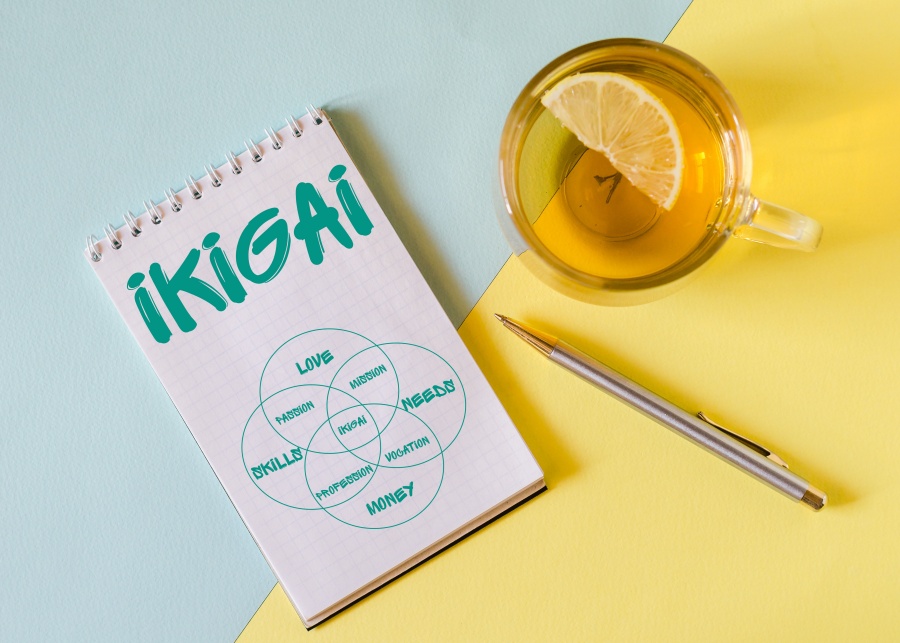 “Love challenges, be intrigued by mistakes, enjoy effort, and keep on learning.”

Not everyone wants to live a long life. But I can’t help but believe, that most humans would admit to wanting to live a happy and healthy life. And if this is you, sit down and pull up a chair. Ikigai might be the answer. But before we go there, we must start with a little history of the Island of Okinawa.

The island of Okinawa is known for inhabiting the happiest and healthiest people on earth.  Not surprisingly, Okinawans have the highest number of people over the age of 100 in the world. Ironically, Okinawa is also known as the island that endured the greatest human suffering at the end of WWII -the atomic bomb- killing nearly 200,000 people almost instantaneously. No wait, according to my mother, who is Japanese, she recalls learning it a little differently.  In her retelling of the aftermath, there was a lake that had thousands of dead bodies at the bottom. As the story goes, these are the bodies of the people who tried to escape the extreme heat in the air by running into the lake where the water was so hot, that they perished. So maybe not as instantaneous as I remember learning in school. But I digress.

But the story of the Okinawans does not end with the presumable irony of suffering and longevity.  The people of Okinawa are also known for Ikigai, the concept of living with a sense of purpose.  Ikigai is a way of living at the intersection of four elements:

Doing something that you are passionate about.

Doing something that you are skilled in.

Doing something where you can earn a living.

Doing something that the world needs.

So, just to recap……after suffering arguably the greatest human suffering of WWII, the people of Okinawa respond by living each day with purpose and meaning. And in turn, decades later, are known for being the happiest and healthiest people on earth.

I don’t pretend that I have life figured out, but here is what I think we can learn……

I recently asked my mother to explain Ikigai to me.  Before responding, she had to stop and think. As if she didn’t know what I was asking.  I soon realized that it wasn’t that she didn’t know what it was, but more so how to articulate it to me. (And not because English is her second language 😊).  No. On the contrary, her lack of clarity had more to do with the fact that Ikigai isn’t a “concept” to her. It is just a way of living.

After some thought, my mother proceeded to answer, “This is just how you live life”. She continued….”growing up, every morning we would have to tell my dad what our purpose was going to be at school that day”. As I probed, she stated, quite matter-of-fact-ly, “everyone has an Ikigai”. Full stop. (as much as English is not her first language, either is “deep” conversations 🤣)

In all seriousness, there was nothing else to say. Just like you and I get up in the morning and choose what we are going to wear to work, the Japanese get up and choose their Ikigai.

What if you and I woke up each morning knowing that we too had an Ikigai? If so, what will you choose to pursue today? What is something that you can do that brings you passion, uses your skills, earns money, and is something the world needs?