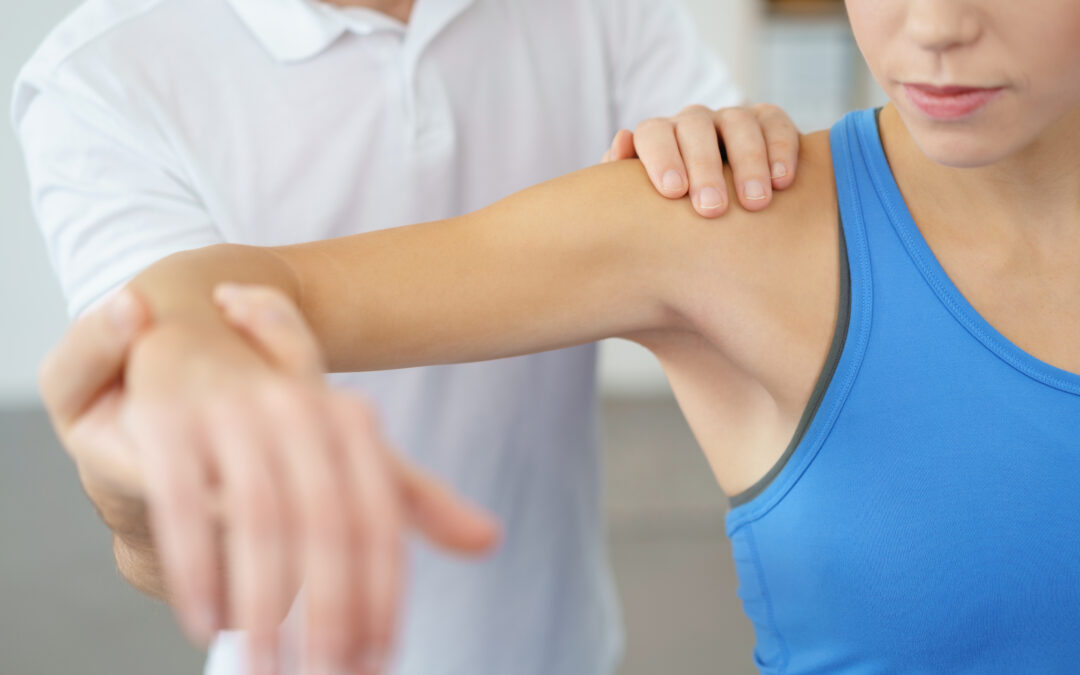 A stroke or damage to the neurons in the brain can cause the inability to move the arm. It can also cause stiff and tight arm muscles. A stroke arm rehab routine should incorporate the principles of neuroplasticity (the ability of the brain to rewire when presented with new experiences). Neuroplasticity requires repetitive movement. Movement should be easy enough (so your brain will attend to the activity) but challenging enough that the activity will encourage the brain to rewire.

How much time should you devote to an arm rehab routine?

The first two years following a neurologic injury is “prime rehab time”.  This is the time period when the brain is re-organizing and putting a lot of effort into restoring brain “homeostasis”. With that said, if you are in the first two years, we recommend one hour per day. This can be broken up into two sessions if needed. Beyond two years, it is really up to each person. If you do not have to return to work and you have the time, we recommend you continue with one hour per day until you reach your goal. Your brain CAN learn new skills after two years. However, realistically, I have found that some people start to get burnt out and that is why I say it is ok to give yourself permission to do what is best for you.

What types of exercises should be part of a stroke arm rehab routine?

Rigid and/or tight muscles lack the ability to length. When an antagonist muscle (a muscle that pulls the arm in the opposite direction of the desire movement) is unable to lengthen, this can make relearning the desired movement challenging. This is why every routine should start with stretching the “antagonistic” muscles. So, for example, if you want to relearn how to reach the arm overhead, you want to make sure and stretch all of the muscles that pull the arm down and in toward the body.

Once you know that the antagonist can tolerate lengthening, now you can get to work on that neuroplasticity. Now is where the repetitions matter. Again, you want to select a movement that is easy enough but not too easy. To make a movement easier or hard you can manipulate three variables. Position level of assistance and multijoint versus isolated movement.

Next, the position can also make the joint above more or less stable. Having a stable base can make the moving portion of the limb easier. For example, if you work on arm reaching, lying on your back would be easier than sitting up. A stable based also reduces the intensity of spasticity.

First and most important, assisting is NOT “cheating”. If you can’t do the movement, your brain will not attempt to “learn the code” for the movement. With that said, we encourage using the stronger arm to assist the weaker arm with challenging movements. We call this active assisted movement. You can grade how much assistance you provide. Again, you want to provide enough assistance to be successful but not so much your brain does learn.

Isolating movement to a single joint is the best way to lay a strong foundation and it is the “easiest” way to learn movement early on. For example, if you are working on reaching, it is best to start by securing the elbow and wrist in a fixed position so that you can isolated shoulder movement. The urias air splint (shown in the below image) is my go-to to block the elbow and the hand. 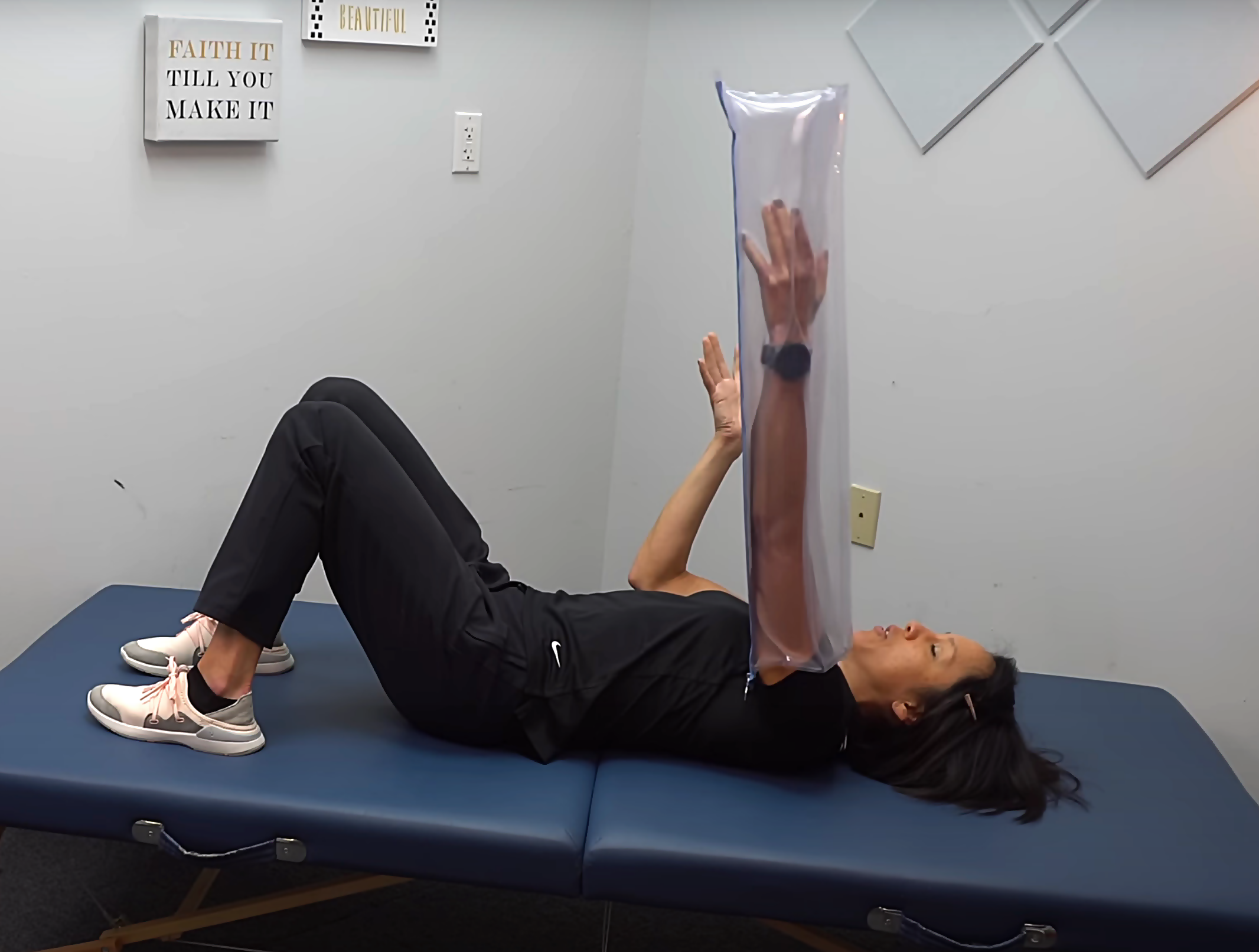 Once you have mastered isolated joint movement, the next progression is multijoint movements. An example of a multijoint movement is what the rehab world refers to as PNF D2 flexion. That is a combination of shoulder external rotation and abduction, elbow extension, forearm supination, and wrist/finger extension (see figure below). This is considered a very complex movement pattern after a stroke or brain injury. 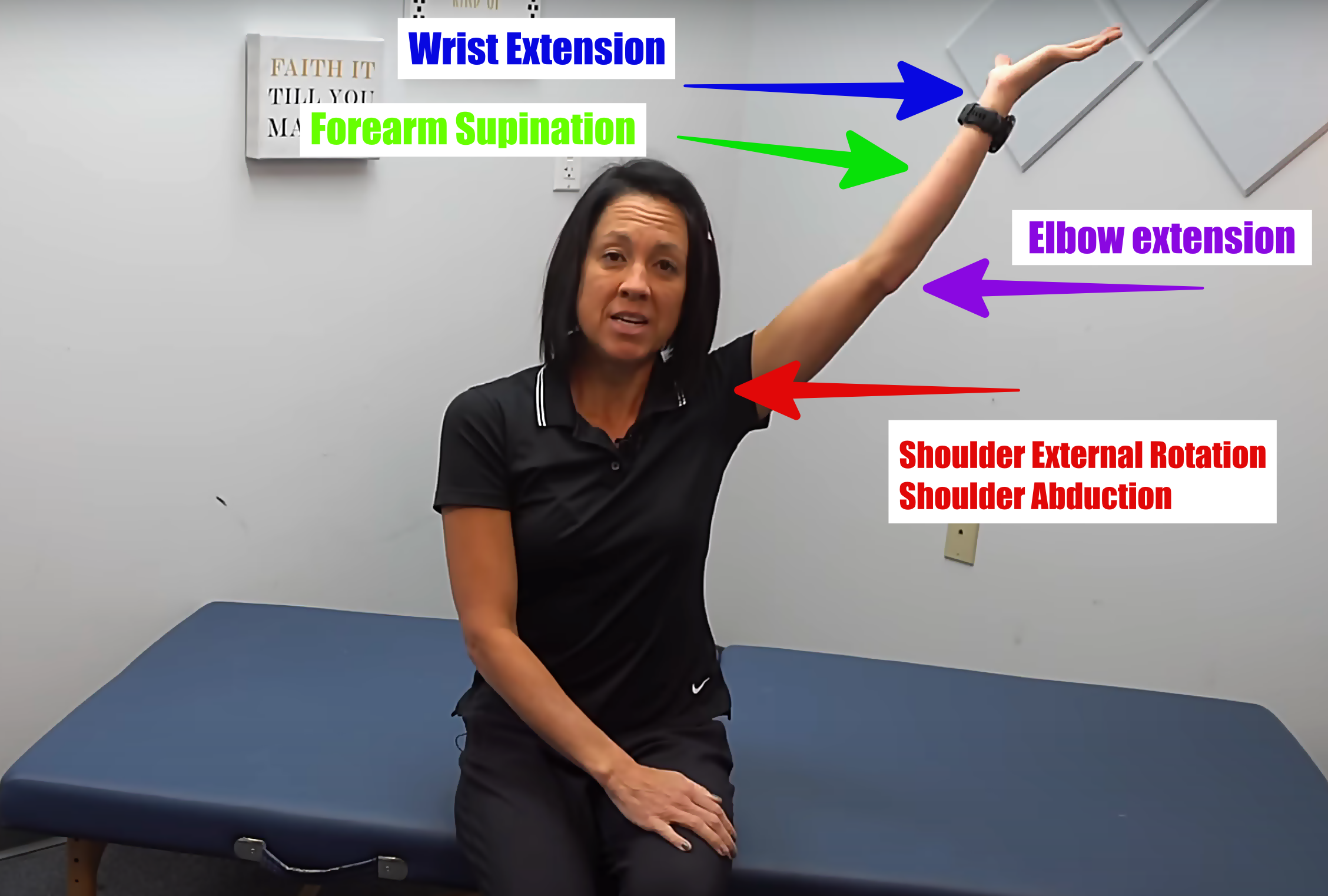 Finally, it is always best to finish each session with a functional task. This gives the movement saliency (meaning). Evidence has shown that performing a meaningful task is important for brain rewiring. Some examples of tasks that are inherently meaningful to all humans is eating, cooking/food prep, and dressing (putting on or taking off a shirt or pants). Beyond that, some examples of meaningful activities are hobbies, sports, playing with grandkids…etc.

In the below video, I will take you through a home exercise routine with all of these concepts in mind.