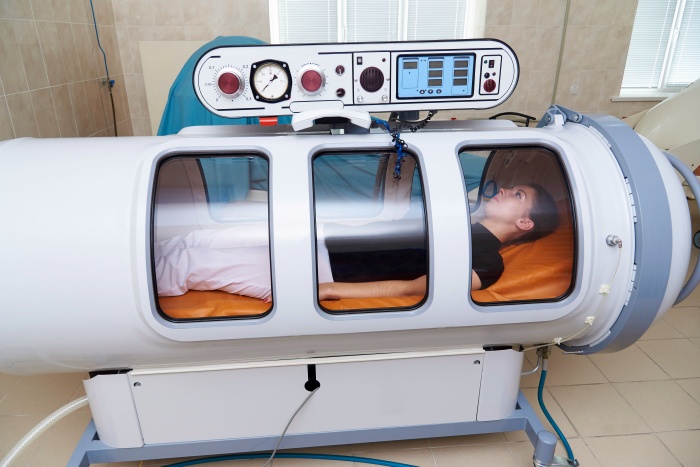 Traumatic brain injuries can result from sudden, violent blows to the head or when an object, such as a bullet, a sharp object, or a piece of skull, penetrates the brain tissue.

Mild traumatic brain injuries have temporary effects on the brain. In contrast, more serious ones—those that cause bruises, bleeding, tissue tearing, or other physical damage to the brain—can result in long-term complications. Some can even be fatal.

Mild traumatic brain injuries often result in post-concussion syndrome, which has various complex symptoms, including headaches, fatigue, dizziness, vertigo, imbalance, and changes in sleep patterns. They also extend into neuropsychiatric symptoms, such as behavioral and mood changes or confusion and cognitive impairments that affect the patient’s attention span, concentration, memory, and executive functions.

Neuroplasticity improvement can help address these symptoms and reduce the impact of mild traumatic brain injuries among patients.

Neuroplasticity, or the plasticity of the brain, is a general umbrella term that encapsulates the brain’s ability to change, adapt, and modify its structure and functionality throughout an individual’s life in response to his or her experiences.

As such, neuroplasticity varies from person to person and is highly subjective, but we can’t underestimate its importance.

Neuroplasticity is the crux of essential human experiences, making it extremely important. It affects the key parts of an individual’s life and facilitates memory and learning.

Structural plasticity impairments can lead to depression and create obstacles in the brain’s ability to reconfigure, affecting its ability to learn and retain new information.

Neuroplasticity doesn’t just help hasten recovery from traumatic brain injuries due to accidents. It also addresses brain damage incurred from a stroke. Modifications in neural plasticity enable a person’s neural circuitry to change the brain’s structure, allowing it to heal from injuries.

Neural plasticity thus enhances the brain’s ability to learn and memorize things and, more importantly, recuperate after suffering an injury.

How to Improve Neural Plasticity

You can improve and strengthen your neural plasticity by exercising your brain. You can do that by:

Essentially, anything that allows you to oil the gears in your brain, so to speak, will enhance your neural network’s plasticity. However, these suggestions are meant for those who wish to strengthen their neuroplasticity. Where healing from a brain injury is concerned, available medical procedures, such as hyperbaric oxygen therapy, may be required.

What Is Hyperbaric Oxygen Therapy?

Hyperbaric oxygen therapy is a treatment where the patient is induced to breathe in pure oxygen in a pressurized environment. It is an established method for treating decompression sickness caused by scuba diving or wounds that won’t heal due to diabetes or a radiation injury. Though generally an outpatient procedure, hyperbaric oxygen therapy can also be performed when an individual is hospitalized.

There are two types of hyperbaric chambers. The first is meant for individuals, while the second can be used for groups.

An individual unit or monoplace chamber requires the patient to lie on a table that slides into a clear plastic chamber. Meanwhile, multi-person hyperbaric chambers are designed to accommodate several people at once, such as an entire room, where the patients wear oxygen masks or transparent, lightweight hoods placed over their heads.

Brain injuries often cause brain regions to become inactive or stunned, which can last for years if left untreated and hinder the patients’ recovery. Thankfully, various studies have proven that hyperbaric oxygen therapy can speed up recovery.

One study, in fact, evaluated the effects of increasing the level of dissolved oxygen administered through hyperbaric oxygen therapy on patients with chronic neurological deficiencies. The treatment led to significant neurological improvements and activated the patients’ neuroplasticity even after a long lapse from the onset of damage in the regions of the brain, resulting in SPECT/CT mismatches.

Another study observed improvements among patients before and after hyperbaric oxygen therapy produced similar conclusions.

Thus, there is a connection between neuroplasticity and hyperbaric oxygen therapy. The treatment can hasten recovery from brain damage.

Hyperbaric oxygen therapy increases the brain’s oxygen content to “supraphysiologic” levels. That means the oxygen the brain receives is more potent than natural, enhancing its mitochondrial function and modulating more than 8,000 DNA genes. It upregulates genes responsible for repair and growth and downregulates those that cause inflammation and apoptosis, speeding up recovery.